The Hasshaku-sama (, Hasshakusama?) is one of the creatures of the Otherside. She is a famous internet ghost story, just like the Kunekune. In the ghost story, she is described as a monster with a height of eight feet or about 240 centimeters and a female appearance that attacked young men.

She wears a long, pure white dress, and her long, black hair cascades down her back. To Sorawo's right eye, Hasshaku-sama appears as a warped frame-like construct of a torii outlined by a faint silver halo that emits a vivid blue light supported by two straight pillars with several horizontal bars intersecting it.

Being within proximity to Hasshaku-sama causes a strong feeling of nostalgia as she superimposes the image of someone close to its victim onto itself, luring them to come close enough and vanish to the blue light.

The Hasshaku-sama was defeated by Toriko holding the blue light with her translucent fingers and Sorawo looking at it with her right eye. Being able to recognize and touch the light in its true form, Sorawo was able to fire her Makarov on the light. Black orbs have erupted from the bullet hole and vanished without a trace. Hasshaku-sama shrank and faded, and the eruption of black orbs stopped. What was left of Hasshaku-sama is a wide-brimmed hat, which Toriko picked up afterward.

Hasshaku-sama is an urban legend that originated as a ghost story on the anonymous Japanese posting board 2channel. The story involves the narrator returning to his grandparent’s house in the countryside, where he sees a woman over two meters tall wearing a wide-brimmed hat. Her story is one of the more popular urban legends to be created on 2chan, and her influence can be felt in many later stories that followed.

She targets young people and children in particular. Her clothes vary depending on the person who sees her, but she’s traditionally depicted as wearing a flowing white sundress and a wide-brimmed white hat. It is said that piles of salt and amulets can temporarily protect you from her.[1][2] 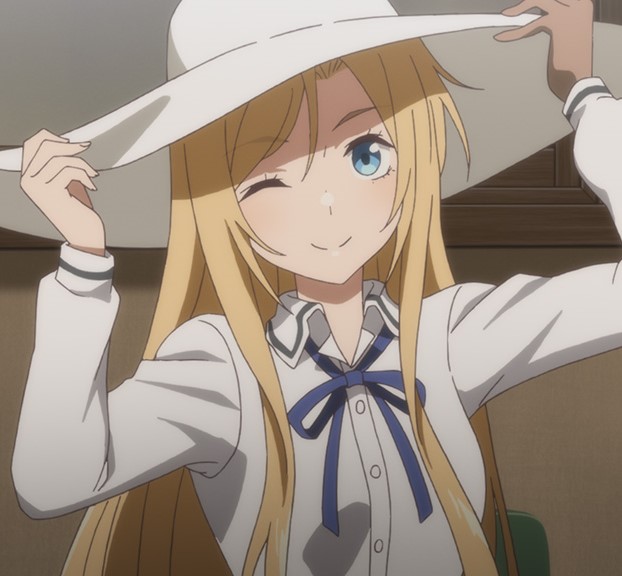